Orchid is another band that you definitely should know even if you only have a tangential knowledge of this thing called screamo.

The band formed in 1998, released 3 LP's and 7 EP's including splits with amazing bands like Jerome's Dream and Combatwoundedveteran and consisted of Jayson Green, Jeffrey Salane, Will Killingsworth, Brad Wallace, Geoff Garlock.

In general the songs have a nice thick sound that are heavy but will snap your neck with their violent speed. 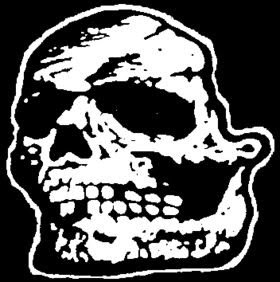 The splits and the first LP Chaos is Me feature a relatively calm Orchid, relative to the last two LP's that is. The songs are still chaotic and extreme with shrieks and insane vocals coming out nowhere and guitar riffs attacking you from every direction but they are a tad longer.

On Dance Tonight! Revolution Tomorrow their second LP the songs get much shorter and more abrasive. They lose what little melody they had and become more aggressive and chaotic.

The trend continues with their final ep called Gatefold but they expand their pallete at the same time adding in different elements that take away the pure aggressiveness of their earlier work. 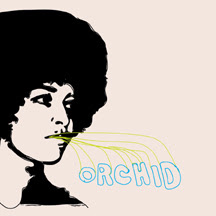 If you don't know who Saetia is this is a huge gap in your knowledge. They formed in New York City early 1997. Their first show was at ABC No Rio to about thirty people. Two and a half years, 17 songs, numerous tours and four bass players later, they played their final show at ABC No Rio to forty people. 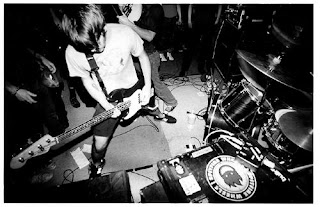 Their name originates from a misspelling of the Miles Davis track “Saeta”, from his album Sketches of Spain, which, in turn, was named after the saeta, a religious tradition of flamenco music.

Members went on to be in Hot Cross, Error:Type 11, Instruction, The Fiction, Interpol, and Off Minor.

Not the first screamo band but definitily one of the most iconic and best. They have developed a cult following they more than deserve

Probably the definitve band for what is termed, half jokingly at first, emoviolence. It is chaotic, it is violent and they will rip your head from your shoulders as you weep at the pain on display. The music is raw, it is intense and they almost never let up

If you recognize the phrase There is no happy here then you probably need to listen to this.