There is an interesting new trend in hardcore that seems to be bubbling up. It's a move to slightly tempter the sheer aggression of hardcore with the emotionality and dynamic change of screamo.

The latest band to grab my attention and refuse to let go is Xerxes. To date they have released two EP's, Homeward Carries No Direction and Twins, both released last year 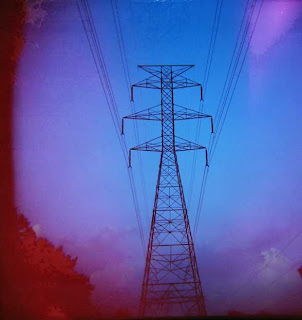 Generally speaking the instrumentation is typically hardcore. Lots of raging guitars and pounding drums. At least on Homeward the guitars have a more epic quality to them than usual. They rise and fall with more and different emotion than is typically garnered in a hardcore anthem.

The singer is decent though nothing spectacular. His is that gravelly, whiskey shout that's becoming more commonplace. Not gruff but there's more than a little gravel in his larynx.

The thing that keeps me replaying these 9 songs are standouts like US 60. The singer is shouting desperately and you can feel the demons on his heels so when the guitars don't really come in till about halfway but never explode in the expected climax it feels like there is something different going on.

The last two tracks from Twins are great example of the screamo influence. Over sludge like drums and just one screeching guitar tone the singer shouts "comes back to me" like a man possessed. That leads directly into Tuesday which has the most ferocious shouts on the album. The guitars build, alternating sludgy and chugging to build to...nothing. The middle of the track drops out to just bass. They take their time bringing everything back so when they do your head separates from your neck.

This is hardcore. And if you don't listen to screamo or don't like old school (...) 90's emo then you might not notice the subtelties and just gloss on by. That's fine. Lot of people don't see how Touché Amoré`s Marching To The Beat Of A Dead Horse has a major screamo influence on it. I`m not saying that Xerxes is on that level yet though they do draw from a well in the same general area.


If you like hardcore you should check this out. If you like screamo you should give this a listen but be a little wary. I`m looking forward to more material to see the path they choose.
Posted by SMAWJ at 1:47 PM No comments: