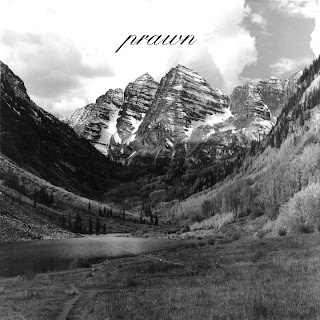 I never really got into Prawn before this. I listened to their stuff but it always too post rock for me I think. Anyway, this record isn't out yet but it's pretty awesome. There is lots of good 90's style emo and even some twinkle daddies style shouting if a lack of twinkling guitars.

Also, I have started a tumblr. It's way easier than this so I'm probably gonna stop posting here soon.
http://aplacetoburn.tumblr.com/
It'll be the same stuff only with more hipsters and boobs.
Posted by SMAWJ at 4:38 PM No comments: Links to this post

Every year the Warped Tour puts out a compilation of the bands that will be performing on their tour this year. The 2011 edition has 51 different artists in about 3 or 4 different genres. There is lots of pop punk/easycore, lots of metalcore and lots of post hardcore. There is as little bit of hip hop while lots of the post hardcore has electronic influences.
Needless to say there is a lot of garbage on these two discs. Bands like A Skylit Drive, I Set My Friends On Fire, Attack! Attack! and Asking Alexandria might give you an idea of the terribleness contained here.
So I've gone through and cut out the really great bands that somehow got mixed up into this terrible mess. Bands like Big D & The Kids Table, The Menzingers are good examples of the punk and I'm surprised that I actually kind of like the songs from Paramore, A Day To Remember, Hellogoodbye and Against Me!
Good stuff if you like punk and the watered down mainstream bullshit that gets labelled punk.
Posted by SMAWJ at 10:37 AM No comments: Links to this post

Here’s another new mix. There are 40 songs from 10 different artists.

We start off with Hammerlock. Two songs of the garage rock, proto punk they play from the Bay Area

Then it’s time for the rap. We start with seven songs from Lloyd Banks of the G-Unit crew. I’ve soured on 50 Cent and most of the people associated with him but I still find Banks to be interesting. These songs show a slightly more emotional, introspective side of him at times. Guests include Eminem, Jadakiss &  Ludacris.

Now it’s time for a half hour from southern gangsta Killer Mike. These songs are as political as they are gangsta and they don’t let up. Animal with Gucci Mane is not necessarily the best song but if nothing else it is funny. The rest of the album is a drug dealer kinda talking about jesus and knowing enough about politics to name Palin and Pelosi. The beats are of the boom bap variety.

Then we head to the Bay Area for some hyphy courtesy of E-40. In the past two year’s he’s put out four albums, all iterations in his Revenue Retrievin series. These songs come from the second album released in 2010, Revenue Retrievin - Night Shift. Lots of club songs and songs about drugs. A couple of shit talking songs and songs with weird hooks.

Listen to things get intelligent and cinematically produced with Talib Kweli. I’m not sure which is more impressive here, Talib’s rhyming abilities and intelligence or the lush, layered beats that still manage to to force you to nod your head. Talib is probably one of the best conscious rappers out there today and this album is a clear testament that. Sean Price kills his guest spot on Palookas and Jeane Grae kills it on Uh Uh.
We stay in New York for some more underground rap this time courtesy of Saigon. After literally years of label trouble The Greatest Story Never Told has finally been released and it is pretty awesome. These are great songs though they might slide by a little at first. the only criticism i can make of this album is that it is a sleeper. If you’re not paying attention you’ll miss some awesome gold.

Now things get random. We head to Germany for some emo violence from Katyn. The first song is a raging punk song that transitions quickly from ear splitting ragee to relative calm and melodious quiet while the second is completely acoustic with soft clean vocals.

So now it’s back across the sea up to Canada for a pair of songs from Barn Burner. They play stoner metal with awesome dirty vocals and a lack of sludge. The riffs are always awesome and I lack the words to describe how happy I am to find stoner rock that sounds like this. It’s heavy and stonery but doesn’t verge into extreme metal territory or try and envelop too many different styles.

One track from a nu metal band that put an album this year called CrowneVict. I didn’t think nu metal bands still exist but I do have a sweet spot for bands that sound like Dreadnaught and this song is kinda cool I guess.

The last song is a track from the solo album from the guitar player from Mastodon Brent Hinds. Bank Robbin Bandits is a southern, bluesy song that rambles on and on. The whole album is really good.

So yeah.
Posted by SMAWJ at 6:08 PM No comments: Links to this post

If you don't know who Ampere is, shame on you. They are one of the key intelligent screamo bands that still make gripping, emotional music. 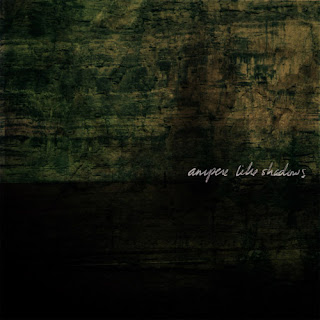 They are arguably a supergroup with the guitarist Will Killingsworth playing in Orchid, Laceration and Bucket Full of Teeth; Drummer Andy Skelly played drums in both The Last 40 Seconds and Wolves, the singer Stephen has played in Montcalm, The Last 40 Seconds and Aerosols. Meghan also played bass in Unicoroner, and sang with Stop The Clock and Relics

This is emoviolence if there is such a thing. There are 15 songs in 13 minutes and each song is as punishing a hardcore anthem as the previous and next. The crushing power of this band might let up for a moment but that's only so you can breathe for a frozen moment before the next attempt at crushing you into the dirt.

These are short, chaotic and violent songs. If you don't like screamo or emo violence then this is not for you. If you like songs that don't last a long time but leave a huge emotional mark this the band for you. Glad to see them back.
Posted by SMAWJ at 8:25 PM No comments: Links to this post

I'll keep this short and sweet. Do you like punk rock? Do you like garage rock? Do you like desperate, emotional music cloaked in layers of distortions and noise? If so you should definitely check it out.  The Men are a noise punk band from Brooklyn. The basics of the music tends towards older school punk and garage rock. Lots of odd noises that come out of nowhere and solo's that start as squeels and end in shredding.

The best songs on here are fairly standard punk rock tunes that take off noisily, are blasted through and are over before you know it. And yet they manage to pack some twists and turns, a sonic surprise or two in nearly ever track. And they don't necessarily need to be all that fast and aggressive to make the songs work. Shittin With The Shaw slows things down significantly but stays noisy while verging in on emotional, instrumental post rock before evolving into another turned up to 11 jam.

I may be doing this a disservice by accenting the noisy, lo fi nature of this because that doesn't matter all that much. As long as you have good songs you generally have good punk. And even if you don't have good songs if you play fast enough and loud enough you can skate by. Thankfully the songs are rock solid and the noise tweaks only make them standout more
Posted by SMAWJ at 9:08 PM No comments: Links to this post

Alestorm - Back Through Time

Time for some more slightly derivative but still ass kicking metal. From Scotland Alestorm bring you their second LP Back Through Time. 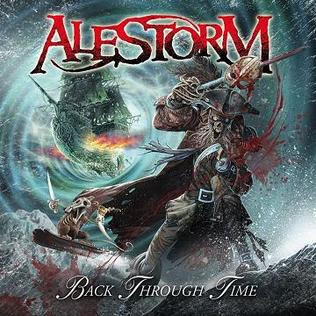 The music they play is quite interesting if not particularly original. The formula is power metal with folk metal and a lyrical focus on pirates thus getting you to Pirate Metal.

For the most part the music is straight ahead power metal. Huge melodious guitars chasing each other and nearly every song reaches into epic nature if not length. The singer has a really good gruff voice which contrasts the melodic but still really heavy music.

When I say folk metal don't think of something with really different instrumentation like Falkenbach but a more sort of general ass kicking heavy metal. There is accordion on some of the songs chugging along with the guitars and there isn't a lack of periphery instruments floating in and on top.

If you like power metal this will probably scratch that itch. If you like folk metal this might be a bit of a stretch but there is stuff here for you. If you like heavy metal songs about sailing the high seas, drinking lots and lots of rum and scantily clad buxom babes then this is great.
Posted by SMAWJ at 10:30 AM No comments: Links to this post

Born Of Osiris - The Discovery

This album is awesome. I`m not exactly sure if there is any original going on but it doesn't really matter at this point.

This album is progressive while still being heavy enough to snap your neck. If you don't know what deathcore is this would be a good introduction I think. It's the first album thus labelled that I even remotely like.

Basically it's a combination of death metal, metalcore (which is itself a merging of hardcore and metal) and progressive metal with just a touch of chaotic hardcore. There is a diversity of tactics here that conspire to bring everything together and smash your head until there is only dust.

There are so many different things being pulled in from so many different places it can be a little overwhelming. There are multiple vocalists, all of them screaming or growling or some other evil form of vocal chord torture. The guitars, and there are lots of, are always going in different directions. There is one pounding out awesome thrashy rhthyms and then at least another guitar concerning itself with melody. Or just being brutal. There is a lot of that.

I know that I probably be should be used to metal bands taking the term Long Play very seriously but i do have some concerns about listening to this kind of music for almost a full hour. If that's an issue I will update this later but I'll probably just erase this and write a better conclusion either today or tomorrow.
Posted by SMAWJ at 6:13 PM No comments: Links to this post