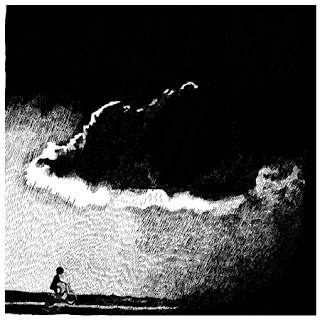 Touché Amoré is a mostly hardcore based punk rock band from Los Angeles California. One of the reasons I say they're a punk rock band is that their songs average a minute and a half. Jeremy shouts a lot. The guitars are usually raging and the drums sound like the guy is pounding down your door. They released their debut LP  in 2009 and after releasing 3 Ep's this year, two splits and live disc, signed to Death Wish records to record "Parting The Sea Between The Brightness And Me" with Ed Rose. Really looking forward to that.  But this long piece is focusing on their LP "...to the Beat of a Dead Horse".

....to the Beat of a Dead Horse grabbed me from the instant it started playing and never let up. It plays with the line between hardcore and screamo the best I've ever heard. There can be clear differences between the two or the lines can be blurred somewhat. Here they seemed to be blurred just a tad with melody and disquiet direct-able  at the society around Jeremy as much as himself

As much as I love hardcore punk there seems to me to be a lack of singers capable of writing lines like "I've got my own brand of patriotism. It comes with nights of emptiness, where I show my true colors. The real meaning of independence" and delivering it like his life depends on it like Jeremy does. The whole band plays like that, like a demon is on their trail. But if you read Jeremy's lyrics the demons seem to be inside us and the battle is somewhat pointless but we'll keep marching anyway.


One of the drawing points for people who care about things like this is the appearance of Thursday's Geoff Rickly and Modern Life Is War's Jeffrey Eaton. Geoff adds a really cool melody to "History Reshits Itself" and kicks into hyperdrive while Jeffrey Eaton doesn't do anything but add a gravelly voiced shout to the end of "Always Running Never Looking Back". 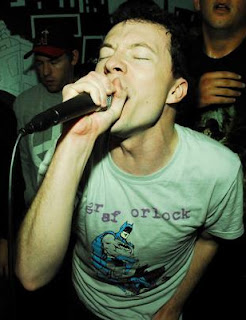 This started off as a discography post then I started listening to LP again I have to devote more time to this album. It requires it. The emotional investment Jeremy puts in his lyrics picks up your head and connect. I could do nothing but quote his lyrics. Lines like "I've gotten good at hiding, when I feel like hiding. My mouth is great at running, when I feel like running. Now I'm biting the hairs on my arm like I do when I don't know where I am or what I should do. I've been blessed with these eyes that come with innocent questions like where I'm from." and the entire awesome piece that is Adieux really captivate me with cryptic poetic realness. There are layers to his lyrics. They can be read as literally personal but that limits them a little though the obviously romantic songs like Broken Records are among the best on the album. I am more interested in the  social and political implications of what he is screaming and shouting about.

The lyrics are full of disconnection and rage not necessarily aimed at anything in general. As Cadence clearly points out "I am marching to the beat of a dead horse" and like it or not he is a general leading his troops into battle. This touches on another interest of mine that is very understudied and not talked about, men displaying emotion. In order for a man to display emotion like this in a song he has to scream. But that's probably beside the point. 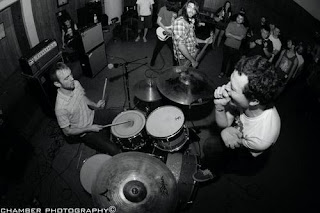 I do have a bit of a bone to pick  because the production completely kills one song. Maybe it's me but I've yet to hear a version of Cadence that's not from this album in which the spoken word piece in the middle is audible. It was not until the "Live At WERS" 7" that I was able to understand the lyrics. It's just too muddy which works for a lot of it but absolutely kills the song. Also, Jeremy does a little suffer from the same problem as the guy from La Dispute. He has a bit of a tendency to have the same tone of shout the entire time which can be a little flavourless. The amount of hooks make up for that though.

the differences between the this and Live At WERS are worth pointing out at least tangentially. What a difference production makes. On the LP the band sounds like a lumbering beast about to crush you with Jeremy darting around in front screaming about how the world is ending and we all carry on. But on the Live At WERS ep the production turns the band into a whiplash inducing hyper hardcore punk band. Their emotion and youth reigns supreme and the sound explodes constantly. You can hear the spoken word piece on Cadence and the turn on a dime nature of the music really becomes apparent. It sounds like someone shoved them into a small room and they have to explode it to get out.

So as you can probably tell I really like this album. To say that it has captivated me would not be an understatement. The replay value and investigation potential make this an awesome release. The emotional investment and the cryptic nature of the lyrics give it the ability to be obsessed over which I may or may not be guilty of. Anyway, listen and have your ass kicked. 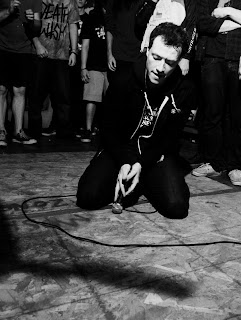