Here's a blues mix I made. We start our journey off with Blind Willie Mctell (May 5, 1898 – August 19, 1959). He played in the Piedmont style with a twelve string guitar he picked up because of its volume. Piedmont blues is a finger picking style that also keeps the bass, generally using the thumb. 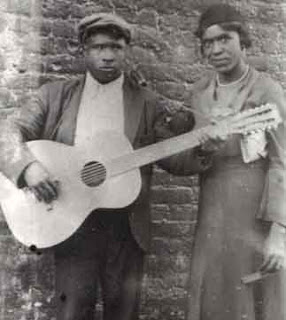 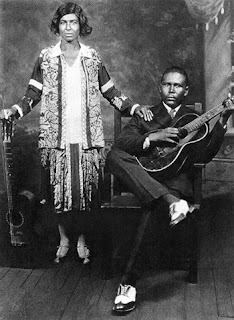 We stay in the delta for a pair of songs by Kansas Joe McCoy who played with Memphis Minnie. This pair of delta blues songs is offset greatly by shifting into some Art Tatum. Tatum was a nearly blind virtuoso piano player. On his album Trio Days he plays with Tiny Grimes on guitar and Slam Stewart on bass. This is one of the few times Tatum worked with a group and these songs are dizzying in their intensity and freedom of playing. 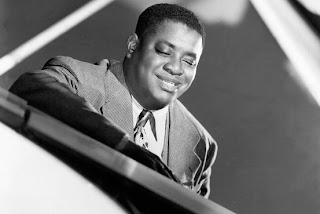 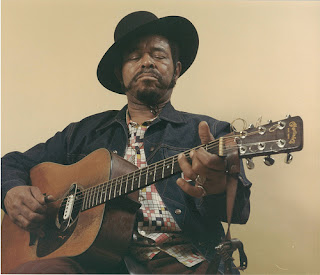 We go back to the blues with some Brownie McGhee, perhaps best known for his collaborations with Sonny Terry. Here we have some songs that combine the feel and singing style of delta blues but with a finger picking Piedmont style that gives the songs a bounce. The few tracks that have some harmonica cook just as well. 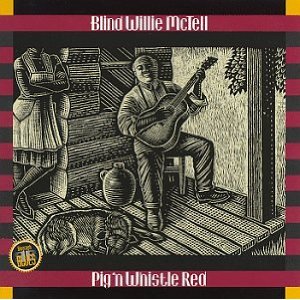 Now we move back to some more Blind Willie McTell. Like our next player Blind Willie used different pseudonyms to get around recording contracts. On this album he was appearing as Pig 'n' Whistle Red, a name which comes from a bbq place he would play outside of. This album has much better fidelity than the previous Mctell songs.

Now we move to a man who is unique in the blues scene. No one sounds like John Lee Hooker. He plays the delta blues but with a primitive detroit boogie that never lets your head stop nodding. The songs keep shifting but never out of awesome. 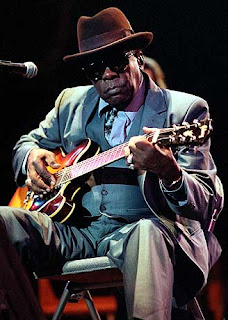 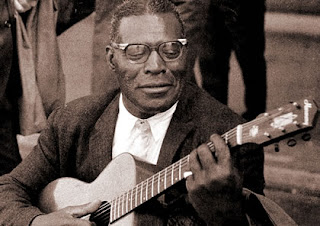 After a little bit of Howlin Wolf we turn to a few songs by Big Joe Turner. If you don't know Shake Rattle & Roll now is the time to correct your ignorance. Big Joe Turner is one of blues shouting's best singers. 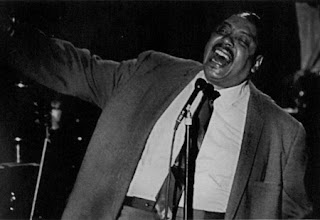 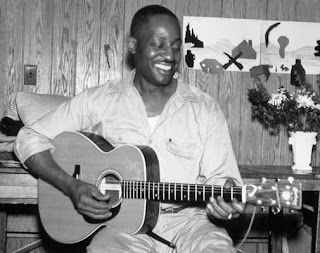 We stick with the Big theme and move on to some Big Bill Broonzy. One awe inspiring  spiritual and a pair of instrumental work outs are all we have before moving on to a single Elmore James track.

Then it's off for a nice bunch of Junior Wells. On the album Calling All Blues there is precious little harmonica but Wells is in fine voice and the band behind him cooks up a storm for him to wail. Messin With The Kid is still in my head weeks later and  Galloping Horses A Lazy Mule is a really interesting song. 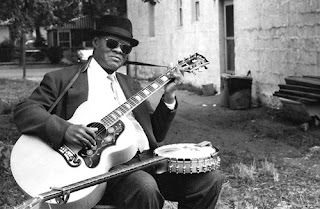