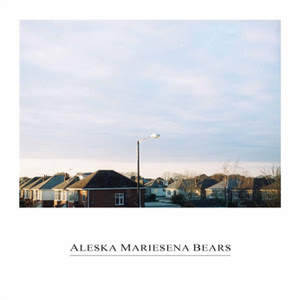 This whole album rips from start to finish. Each band delivers their own brand of screamo and is unique, the album works better as a compilation than a cohesive statement of an album. If you like screamo, hardcore and post-hardcore in even a slight capacity there is a band on this album you will find something to enjoy.


First up is Aleska. They have a little too much post-hardcore in their mix for me to really appreciate them. I quite enjoy ...And We're Not Afraid Of Eternity, especially the gruff backing vocals and the strained shouts but could take or leave Friends And Foes. Next up Is Mariesena who play a roughly melodic brand of skramzy screamo. They have that nice thick guitar tone that I think I keep hearing that I keep quite enjoy. Their songs are chunky and pound away at you and the ground you stand on. About Dying Relations might get stuck in the mud partway through but the anguished shouts save you before the guitars come rushing back in to pound away again.

Bears closes out this 3 way international split with their brand of pummelling, epic screamo. They would fit perfectly on a show with Todos Caeran and Book Of Caverns. If the opening riff to Rust doesn't catch your attention then there may be no hope for you.

Posted by Unknown at 7:18 PM No comments: Links to this post