As seems to be my habit on the weekend, I have once again picked up my guitar and written another song, this one called Speed Demon. I wish I could say that I created some brand spankin' new riffs for this one, but I did not. I took the half of a chorus from another song that I'm not using (the chorus not the song) and attached it to a riff that I've had kicking around for a couple months now. It actually turned out pretty good.

The name probably needs some explaining, as the lyrics make no mention of speed. Whenever I play guitar or sing, I tend to go faster than I'm supposed to or need to, simply because I'm nervous and want to get the damn thing done I guess. But on this song, that actually works 'cause the riff sounds better when I go faster, although I do need to remember to slow down on the chorus.

Oh, I have also discovered a cool "new" band. They're not new, they've been around for a couple years, but they are new to me. They are also a rare type of band. A stoner rock band (in the vein of Kyuss, Nebula & Monster Magnet, according to Allmusic.com they sound like the Melvins, but I don't hear that influence) but fronted by a chick. There is nothing really new or extraordinary that separates Acid King from every other stoner rock/garage band out there, except for the fact they are fronted by a chick. 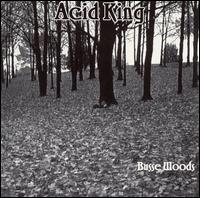 The riffs are slow and heavy, the bass is monstrous and the drummming is basic. There are very few distinguishable riffs, as they all tend to vanish in the purple haze that surrounds this genre. The album I'm listening to is the 2004 reissue of their second album, Busse Woods, for the epynomous stoner rock label Man's Ruin (the same label that did the 9 volume Desert Sessions). "Even if you consider yourself a teetotaler Busse Woods is an exhilarating dose of metal." Too true. Too True
Posted by Unknown at 5:55 PM No comments: Links to this post

If you feel down, or other wise upset, watch this video, it's a Remedy for what ails ya!

Posted by Unknown at 11:58 AM No comments: Links to this post